GAMES ARE STILL ON! 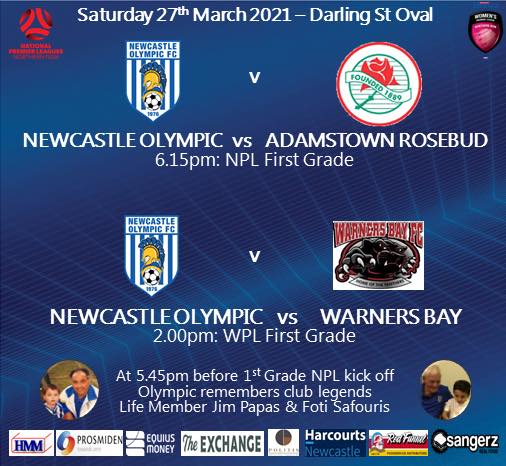 This Saturday, Newcastle Olympic will host a Special Old Boys Day to commemorate and remember two Club Legends that have passed away recently at our first home game of the season.

Come down early and watch our WPL team play in the Grand Final re-match!!

NOFC invite all players, coaching staff and committee who played or were involved with the club during the Jim Papas era