Newcastle Olympic FC is proud to announce that “old boy” Glen Chapman will be joining our Senior Coaching Staff for the 2020 season.

Glen joined Olympic as a player in 1992, our first year in NNSW 1st Division. He was the first player to play 100 1st Grade games for Olympic in 1st Division and captained us to our first Grand Final win in 1998.
Glen is a highly respected, ex-player and coach, who has held a number of both Senior and Junior coaching position in the Hunter.
Glen runs his own very successful business, and is now at the stage where he can commit more towards his other passion, football. Having worked previously with our Head Coach, Peter McGuinness, Glen will be a valuable addition to the club’s Coaching staff.
Welcome back, Chappy!!!!!
Glen Chapman
Olympic Career (1992-1999)
Played 119
Goals 30
source: Tom Tsamouras 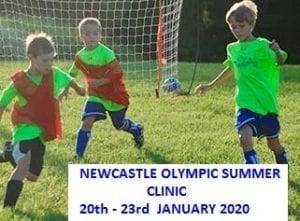